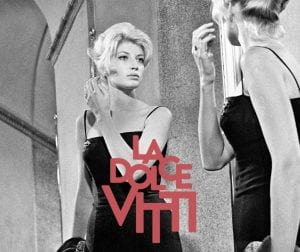 Eight large black and white photographic curtains with Monica Vitti in the foreground to go through, while her unique voice tells why she became an actress. This is the immersive entrance to ‘La dolce Vitti’, the multimedia exhibition dedicated to one of the most symbolic interpreters of the Italian cinema that will be on show in Rome until June 10 at the Teatro dei Dioscuri al Quirinale, and the title of which is a word game around ‘La dolce vita’ and the actres’s name.

Curated by Nevio De Pascalis, Marco Dionisi and Stefano Stefanutto Rosa, conceived and organized by Istituto Luce Cinecittà, the exhibition explores the personality and artistic universe of Monica Vitti, in 10 chapters, including her studies at the academy, her work in theaters, her dubbing career for Fellini and Pasolini, the meeting with Antonioni, her performances as comedy actress, and her experience as author and director. 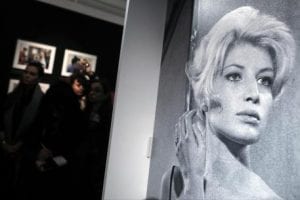 A portrait of the woman and the icon that takes shape thanks to over 70 photos, unpublished documents, video interviews, contributions by friends and colleagues, movies, archive images, and the newspapers covers from all over the world that featured her.

De Pascalis explains: “She has remained a unique actress probably because, apart from her acting talent,  she managed to get to the heart of the people, through her films, through television, she has always been a sincere actress.” The last part of the exhibition highlights Vitti diva on the covers of newspapers all over the world, but also the author and screenwriter of her husband’s films, Roberto Russo, and her most popular side in many TV appearances.”