Kravitz, Cracco and Dom Pérignon together in Milan 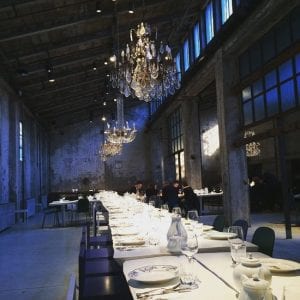 After the inaugural vernissage held in New York last September, Milan hosts ‘Assemblage‘, the photo exhibition curated by Lenny Kravitz and inspired by his collaboration with Dom Pérignon, which is on show at the ‘Carlo e Camilla in Segheria‘ restaurant. ‘Assemblage’ captures a warm gathering of the singer and his close circle that are socializing while tasting the French Champagne.

Lenny Kravitz and Dom Pérignon brought together a unique assembly that combines different people, worlds, disciplines, and generations, and it is in this context that the creative cuisine of the starred chef Carlo Cracco comes into play. In fact, while admiring ‘Assemblage‘ at ‘Carlo e Camilla in Segheria’ it is possible to savor a tasting of Dom Pérignon Vintage 2008 along with the dedicated menu designed for the occasion by Carlo Cracco – to which Kravitz himself contributed. The menu for appetizer presents: ‘Polenta chips and parma’, ‘Zeppola with creamed cod and raspberries’, and ‘Smoked salmon and roasted mango’. 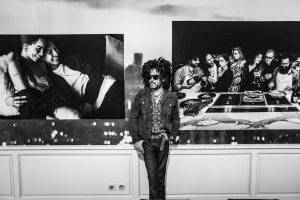 While for the main course the choice is between ‘Marinated morone, salt, hazelnuts, and bergamot’, ‘Fusilli with provola, friarielli, and lemon meringue’, and ‘Catch of the day with Vegetable Garden in Segheria’. The dessert is ‘Apple and caramel’. The price for a unique opportunity to enjoy Cracco’s stars paired with those brought to the taste buds by the Dom Pérignon Vintage 2008 is 400 euros for two people.

This is the story of a convergence of creativity, begun in Hautvillers, the center of Dom Pérignon’s inspiration. A longtime friend of the chef de cave Richard Geoffroy, Lenny Kravitz was initiated into the universe of the prestigious Champagne to learn more about the winemaking process. There, took place the creative exchanges that resulted in ‘Assemblage’, for which Cracco’s dishes are the icing on the cake.