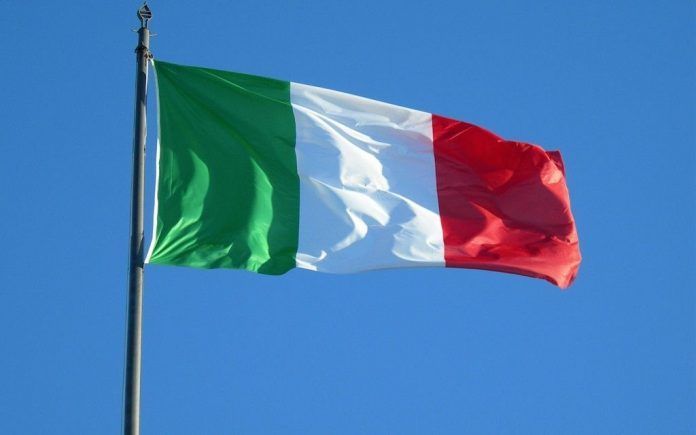 ‘Festa del Tricolore’, means Tricolor Day, and it is the day in which celebrations honor the Italian flag, also known as the Tricolor for its three equally-sized vertical pales of colors of green, white, and red, with the green at the hoist side. The tricolor was reportedly used for the first time in November 1794 on a cockade worn by University of Bologna students, who attempted to plot a popular riot to topple the local Catholic government. In 1796, Napoleon Bonaparte decided banners with same colors would be carried by the Milan Civic Guard, of the Lombard Legion, and the National Guard. After Napoleon’s victorious army crossed Italy, the Cispadane Republic supplanted Milan and, on January 7th, 1797, on the proposal of Giuseppe Compagnoni, the Parliament of the Cispadane Republic in Reggio Emilia decreed “to make universal the … flag of three colors, green, white, and red.” Many are the theories on the choice of the colors, but a common interpretation is that the green represents the country’s plains and the hills, the white represents the Alps covered in snow, and the red represents the blood spilled by many patriots who fought for the Italian independence and unification. Article 12 of the Italian Constitution, approved by the Constituent Assembly on December 22nd, 1947 and  in force since January 1st, 1948, states: “The flag of the Republic is the Italian tricolor: green, white, and red, in three vertical bands of equal size.”

Since 1997, January 7th is the Italian Flag Day and, although it is not a public holiday, special events are held throughout the country, with the official celebration taking place in Reggio Emilia. This year, for the 222nd anniversary of the birth of the first Tricolor, the president of the Senate of the Italian Republic Maria Elisabetta Alberti Casellati will attend the celebration in the Emilian city. For the occasion, an extraordinary opening of the Museo del Tricolore is scheduled from 3 pm to 6 pm.

Previous Post In Viterbo the longest Befana stocking
Next Post 'Money Heist' in Italy: scenes of the new season shot in Florence