The 24 movies of the James Bond saga have been set all over the world, with the agent traveling throughout Europe, America, and Asia. In Italy, 007 so far has carried out missions in Cortina, Venice, Siena, and Rome, but the next one will take him further south to Matera, the 2019 European Capital of Culture. 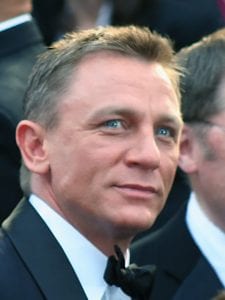 ‘Bond 25‘ (this is how the titleless movie is currently being referred to), will star once more Daniel Craig as Her Majesty’s secret agent, under the direction of Cary Fukunaga who replaced Danny Boyle. Producers Barbara Broccoli and Michael G.Wilson announced that the crew will begin shooting in March, and, according to Sassi Live, Matera local news outlet, they should arrive in Basilicata at the beginning of April. Apparently, at the end of December, the production signed an agreement with the local Council to start shooting on April 6th in the vicinity of the cathedral, Piazza del Sedile, Via Ridola and Piazza San Francesco among other areas.

The stunning Sassi di Matera consists of a labyrinth of cave dwellings, churches, and monasteries dating back over 9000 years are in the districts of Sasso Caveoso and Sasso Barisano – better known as the ‘Sassi di Matera’ – and make it one of the oldest living cities in the world. Moreover, with its crown of honey-stoned houses perched above a ravine, Matera can boast a unique landscape.