Italy, the peninsula of castles 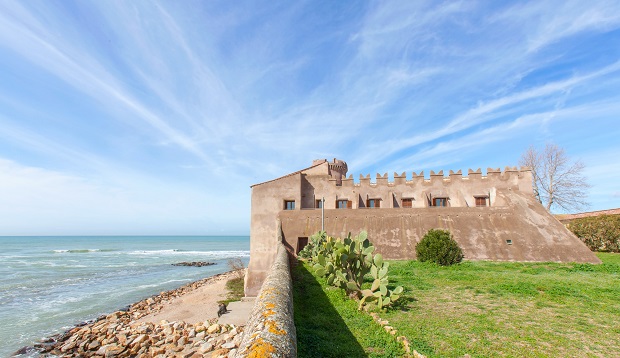 In Italy, castles, fortresses, towers, walled villages, and other fortified architectures can be found in every corner of the country and they can be considered representative milestones of the Italian civilization. In this role of theirs, they tell the story of the country, its socio-political transformations, the richness and diversity of its territories, and the stories of people, families, and dynasties that walked among their fortified walls. Indeed, the Istituto Italiano Castelli (IIC – Italian Institute of Castles), a scientific not for profit organization founded in 1964 in Milan by Piero Gazzola, which has local offices in all Italian regions, has surveyed over 20,000 fortified architectures. These form the second Italian national asset after the religious ones: an inestimable architectural and cultural heritage.

In Central Italy, some lesser-known, but no less enchanting, examples of castles affiliated with the IIC are the Castle of Santa Severa (Rome) – one of the most evocative places in Latium, located along the Tyrrhenian coast north of Rome – and the Umbrian Castle of Montecolognola (Magione, Perugia) – located at 400 m. above sea level overlooking the lake Trasimeno, is one of the most scenic Italian castles. In the south there is, among many others, the Norman castle of Santa Severina – built by a Norman king in the 11th century, it is considered one of the best preserved ancient fortresses in southern Italy. While the Medieval Castle of Sanluri is one of Sardinia’s oldest and most intact urban architecture – the works of the Crown of Aragon, Berengario Roich, to turn into a royal manor the pre-existing fortress.

From a tourism point of view, this wealth of offer is very stimulating for many different kinds of visitors like families, schools, and history lovers. These testimonies of the past constitute one of the foundations of the Italian historical and cultural identity and they fascinate even the younger generations encouraging a better understanding of this extraordinary and suggestive heritage.

Previous Post Giro d'Italia, 3 weeks of breathtaking races
Next Post Present and past of Italians at Cannes