Italians like good food and they love good street food. According to Unioncamere-InfoCamere, the number of ape-cars, kiosks, and food trucks in Italy has doubled between 2013 and 2018. Indeed, the sector eve has its dedicated Gambero Rosso Guide, in which, as reported by Il Giornale, it is possible to identify the best regional street food options to be enjoyed all over the country.

Piedmont – Here the street food is the sweet waffles called ‘gofri’, and the best ones are those prepared by Gofreria Piemonteisa in Turin;

Liguria – In the land of focaccia each village has a different one, but the best one made with chickpeas flour, called ‘farinata’, is made by ‘Virginia’ in Pietra Ligure;

Lombardy – Milan offers plenty of gastronomic suggestions, but at heart, it is still the city of the ‘paninari’ (the youngsters of the sandwich) and the place where to dig in iconic ‘panini’ is Quadronno;

Trentino-Alto Adige – Many different kinds of bread but also good sausages. Like those of Walter & Michi’s Würsterland in Bolzano; 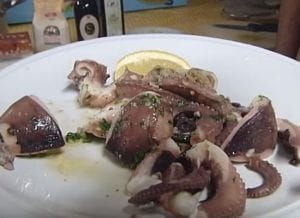 Veneto – Here the king of street food is the musky octopus from the lagoon, locally called ‘folpi’. The place that prepares the best ones is Max and Barbara’s ‘Folperia’ in Padua;

Friuli-Venezia Giulia – Trieste is the city a special ‘buffet’ like the one of ‘Da Pepi’, where all sorts of meat cuts boil in a rich broth in the ‘boiler’ a typical big pot;

Emilia-Romagna – In Bologna, ‘La Chersenta’ prepares the best ‘tigelle’ (or ‘crescentine’) to be enjoyed with cold cuts or cheeses;

Tuscany – In the Florentin market of San Lorenzo, ‘Nerbone’ serves the typical sandwich with ‘lampredotto’, which is made the fourth and final stomach of a cow slow-cooked in a seasoned vegetable broth; 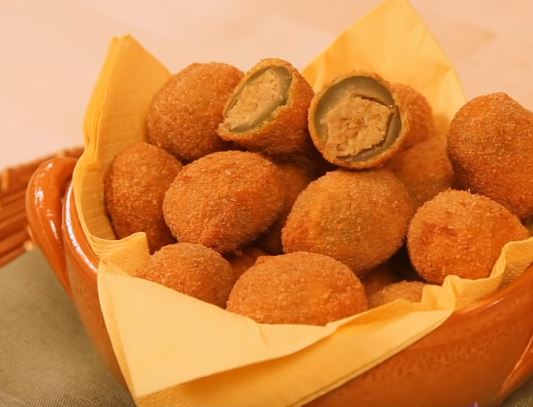 Marche – The ‘olive ascolane’ green olives, stuffed with a soft meat-based filling and batter fried. The best ones are made in Piazza Arringo in Ascoli Piceno;

Umbria – The ‘torta al testo’, the traditional Umbrian unleavened bread, is now famous all over Italy, but in Perugia, it can be eaten also as a sandwich in ‘Cukuc’;

Lazio – Here the choice of street food is wide, but Arcangelo Dandini’s ‘Supplizio’ in Rome serves outstanding supplì, a batter-fried ball of risotto with tomato sauce;

Abruzzo – The ‘arrosticini’, or ‘rustelle’, are chunks of seasoned mutton or lamb meat pierced by a skewer and barbecued. Famous are those of ‘Tana del Lupo’ in Farindola, near the Maiella National Park.

Molise – In August in the town of Miranda there is the festival of the ‘panonta’, a small loaf of bread filled in three layers panettone: frittata, sausages, and peppers;

Campania – Here is difficult to select a single street food, but ‘Zia Esterina Sorbillo’ in Naples makes great ‘pizza fritta’, a fried calzone filled with all sorts of
delicacies. There is also one with a secret ingredient.

Puglia – The best ‘focaccia barese’ can be found in Bari, at ‘Panificio Adriatico’. It is a leavened focaccia with cherry tomatoes and olives;

Calabria – The ‘morzeddhu’ is made with tripe and entrails cooked in tomato sauce served with bread. It is a specialty of Catanzaro, where the ‘Vecchia Posta’ makes the best version of it;

Sicily – The ‘Chioschetto Pani Ca ‘Meusa’ kiosk in Palermo serves the best original recipe of the traditional bread with spleen and lung.

Sardinia  – A tradition imported from Genoa, the traditional chickpea ‘farinata’ can also be found at ‘Fainé Sassu’ in Sassari.