Italy’s wealth of gastronomical excellencies is the natural expression of its rich and varied territory. And in this context, some of the products that better represent the important differences between the many different local realities are cheeses. There are Italian cheeses that are famous all over the world, and others that are precious culinary gems set and hidden deep into local traditions that sometimes risk to be forgotten. Here are two unique cheese that can only be found in their place of origin. 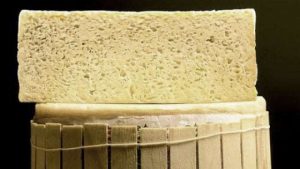 Caciofiore della Sibilla (Marche) – The name of this ancient raw ewes’ milk cheese manufactured in a foothill area of the Marche region means ‘flower cheese’. It is produced with the milk of bred in the wild on the Sibillini Mountains and a harmonic mix of fresh wild local herbs. This soft cheese, already known in Ancient Rome, is considered the ancestor of Pecorino Romano. Its peculiar bitter aftertaste is due to the fact that it is coagulated with a rennet of vegetable origin made with wild thistle or artichoke flowers. Nowadays it can be found almost exclusively in the Marche region.

Montébore (Piedmont) – This was the only cheese selected by Leonardo da Vinci, in his capacity as 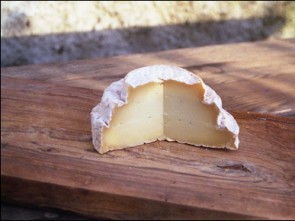 master of ceremonies, to be served at the extravagant wedding of Isabella d’Aragona and Gian Galeazzo Sforza at the end of the 15th century. This very rare cheese was first produced by the monks of the Benedictine Abbey of Santa Maria di Vendersi, on the Giarolo, working raw cow’s milk with the addition of some sheep’s milk. Coagulated with natural rennet, after the purging, it is placed in cylindrical wooden molds of decreasing diameter that give it its characteristic “wedding-cake” shape. In the 1990s Maurizio Fava traced Carolina Bracco, the last depository of the unique traditional dairy technique to resume the production. Today it sold only villages that are part of the Terre del Giarolo mountain community.