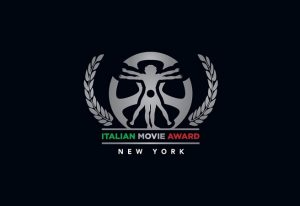 The 10th edition of the International Film Festival Italian Movie Award took place from July 26th and August 6th, 2018 in the historical town of Pompeii and received an overwhelmingly positive response from both audience and critics. While the award ceremony that crowned the best movies seen in that occasion took place last night at the Paley Center for Media in New York in partnership with Plural + Youth Video Festival organized by the United Nations and in particular by UNAOC (United Nation Alliance Of Civilization), and the SHRO (Sbarro Health Research Organization). The hosts of the evening were Luca Abete awards and Diana del Bufalo, who also introduced a meeting with the director Paolo Genovese. The event is the brainchild of its founder and current president, film director Carlo Fumo, who came up with the idea of a cinematographic international festival that could create the opportunity to promote Italian culture abroad with a positive effect on tourism, economic development. 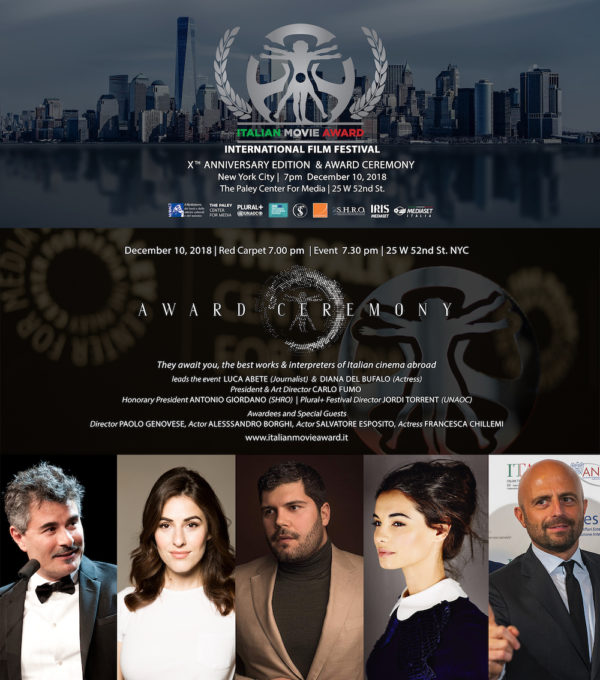 This year the theme was instead put “THE FUTURE: A look at the generations, those who believe in the beauty of their dreams, because today’s teachings represent the choices and actions of tomorrow”. The award for Best Animated Movie went to ‘Gatta Cenerentola’ (2017) by Alessandro Rak, Ivan Cappiello, Marino Guarnieri, and Dario Sansone starring Alessandro Gassmann, Maria Pia Calzone, Massimiliano Gallo, Mariano Rigillo, and Renato Carpentieri and produced by Genre Animation in 2017. The award for Best First Picture went to ‘Il Tuttofare’ (2018) by Valerio Attanasio with Sergio Castellitto, Guglielmo Poggi, Elena Sofia Ricci, Clara Alonso, and Tonino Taiuti. While the “Roots” Special Award has been won by ‘Made in Italy’ (2018) directed by Luciano Ligabue starring Stefano Accorsi, and Kasia Smutniak.