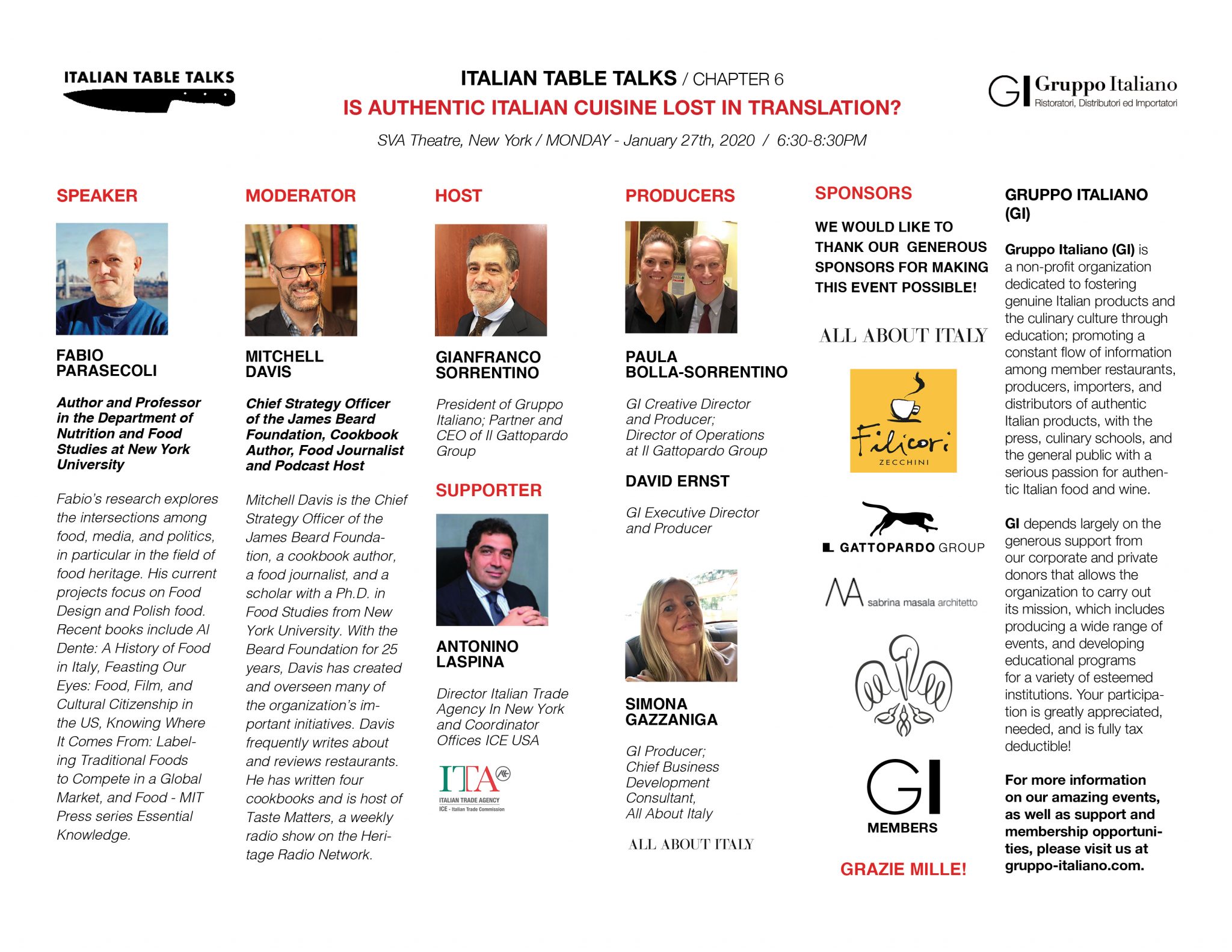 Italian cuisine, that’s amore: since 1979, Gruppo Italiano, a non-profit organization devoted to  promoting the most genuine Italian products and food culture through training, has been committed to turning the well-known saying into a shared and recognized value in the United States. Over the years, the organization, chaired by Gianfranco Sorrentino, Partner and CEO of Il Gattopardo Group, has induced and reinforced a virtuous circle of relevant information, promoting the exchange between the sector players – such as restaurateurs, producers, importers and distributors of quality Italian food products – and mass media, cooking schools, as well as the wider audience of those who love Italian food and wine heritage and flavors.

Through networking, scholarships, and cooking events, the Group has developed a solid and stimulating cultural project that aims at concretely improving the perception and appreciation of Italian culinary peculiarities in America, fueling a continuous and acute reflection.

Within this context, the successful series of seminars “Italian Table Talks”, now at its sixth appointment, will take place on January 27th in the spaces of the SVA Theater in New York. 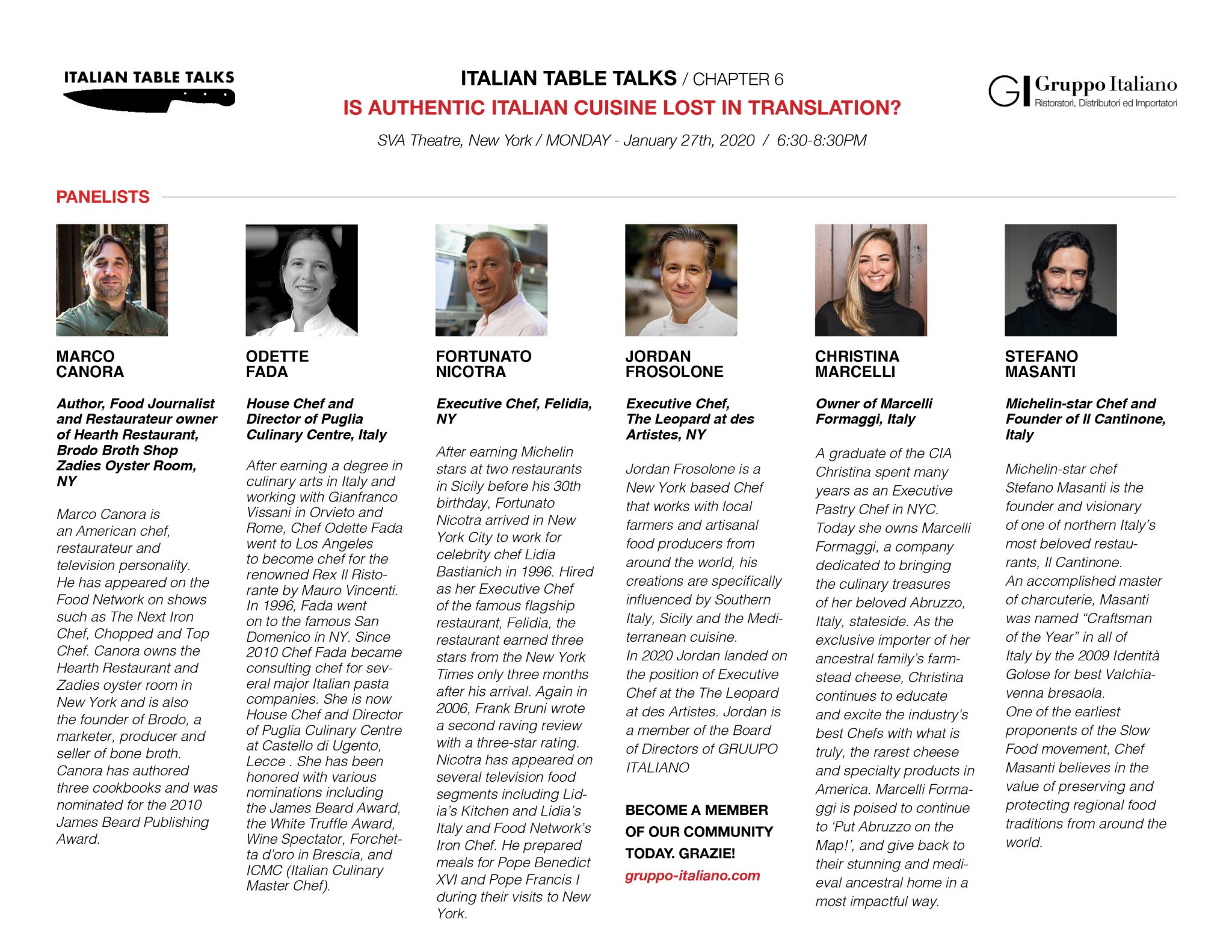 “Is Authentic Italian Cuisine Lost in Translation?”, this is the central theme of the new conference that will be authoritatively chaired by Mitchell Davis, James Beard Foundation’s Chief Strategy Officer. The special guest speaker will be Fabio Parasecoli, author and professor at the Department of Nutrition and Food Studies of the University of New York. With him there will be a group of remarkable panelists, such as Marco Canora, journalist and restaurateur; Odette Fada, chef and director of the Puglia Culinary Center; Fortunato Nicotra, Executive Chef of the Felidia restaurant in New York; Jordan Frosolone, Executive Chef of The Leopard at des Artistes; Christina Marcelli, owner of Marcelli Formaggi; and Stefano Masanti, Michelin-starred Chef of Il Cantinone restaurant.

The event is actively and fervently supported by a group of sponsors who decided to embrace, with determination

and a proactive spirit, the goal of the seminars. Alongside Il Gattopardo Group and All about Italy, which confirms its support for the promotion of Made in Italy, we find Filicori Zecchini roastery, a historic company with a hundred years of experience. Filicori Zecchini is an example of a winning combination of tradition and innovation, a family business that has been able to make the aroma of its coffee unmistakable and irresistible and, from Bologna, to take the myth of Italian espresso outside the Italian borders. The company is particularly close to the educational mission of Gruppo Italiano. Evidence of this is the foundation in 2001 of the Laboratorio dell’Espresso di Filicori Zecchini, created to promote the culture of coffee excellence in the world through courses organized with baristas and daily coffee ambassadors and dedicated both to professionals and customers. 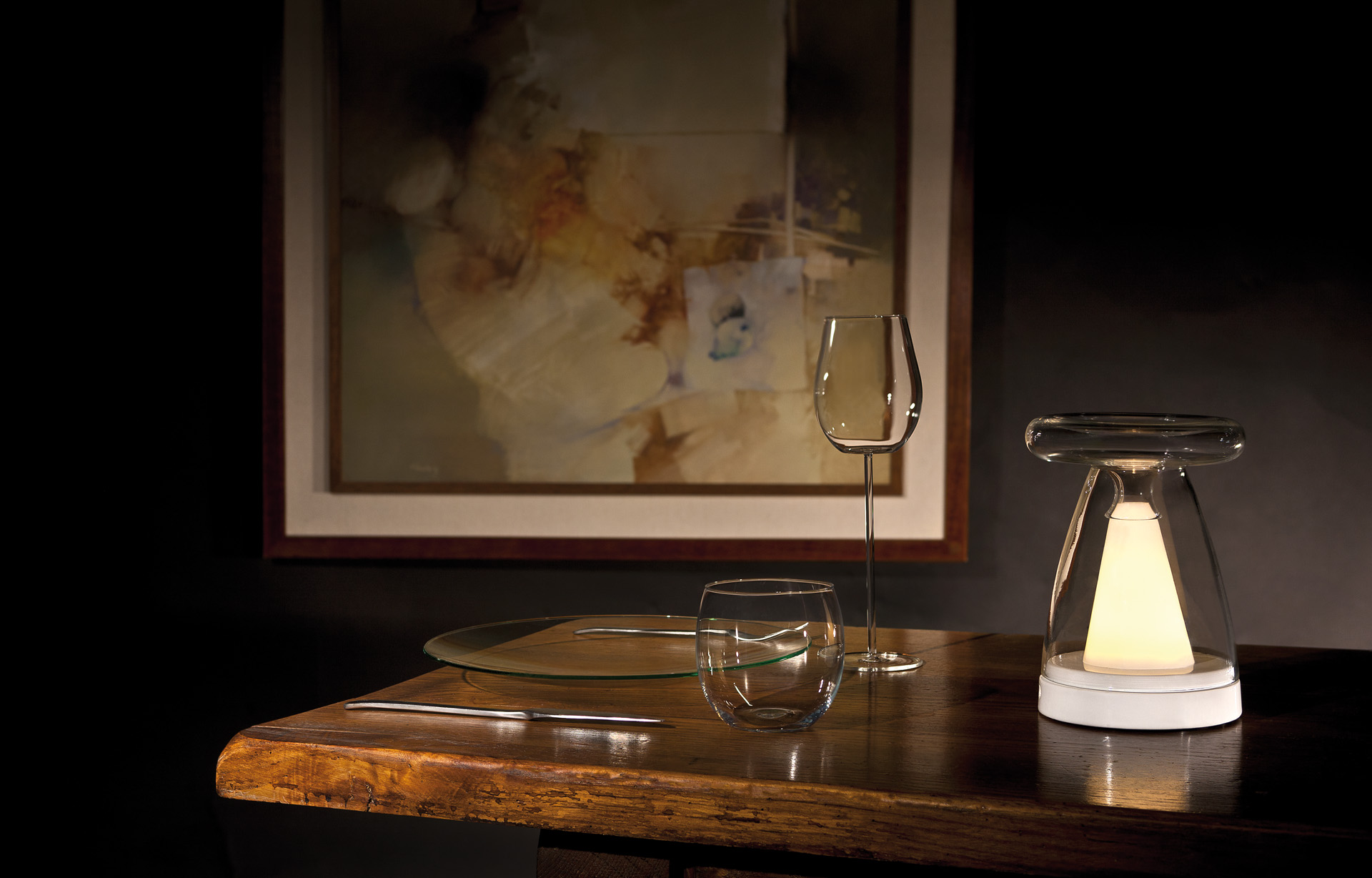 The “Italian Table Talks” that will take place on January 27th will be illuminated, not only metaphorically, by the presence of a new partnership that brings food knowledge closer to the universe of art. It is the one with Sabrina Masala, an Italian architect of rare talent, creator and designer of the Medusa lamp – Soffio di Luce – produced and realized by Blueside Emotional Design. Some specimens of the suggestive Medusa lamp, made in combination with hand blown borosilicate glass and ceramic, will embellish the location with gorgeous points of light designed ad hoc for the event. The precious Medusa lamp is a result of an extensive study in search of the perfect atmosphere that is given by the right lighting and is created in the perspective to enhance Italian conviviality and Italian know-how.

To put it in a nutshell, it is a new opportunity to comprehend what makes the Italian culinary tradition so special, without forgetting to delve into the origins and consequences of the inevitable interaction with American culture and tastes. It will certainly be an important conceptual hub with a unique occasion to discuss and grow together.