The flagship store and cultural space will open in Via del Corso, in the heart of the Eternal City 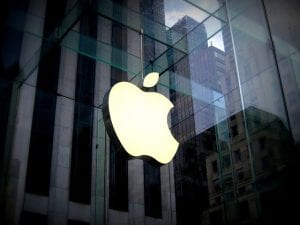 The American technology giant announced that its new flagship store will open in the heart of Rome this coming spring. ‘Apple Via del Corso‘, its name, is destined to become one of the most important Apple stores in the world.

The prestigious location that will house it is Palazzo Marignoli, about halfway along Via del Corso, precisely at number 184. Foster + Partners, the British architectural firm that revamped Apple’s other Italian flagship store in Milan, redesigned the historic building. And their collaboration with Comune di Roma’s heritage authorities ensured the harmony between the venue and the urban context that hosts it.

The result is characterized by marble, large open spaces, and high arches. The imposing new location will see the closing of the Apple store at RomaEst shopping center.

However, the company has promised to relocate the entire staff that works there. Many will be transferred to Apple Via del Corso, which in total will employ 120 people. The others will go to the other two official sales outlets at Rome commercial centers Porta di Roma and Euroma2.

The one in Via del Corso should become one of the most important Apple sales outlets in Europe and the world. Nevertheless, in its name there won’t be the word ‘store’; it will not only sell Apple products and offer customer assistance, but it will also be a cultural space, holding both technology workshops and live music events. Deirdre O’Brien, Apple’s senior vice president of Retail + People, commented: “With this important new store, we will move our talented teams and activities from RomaEst to the center of Rome. There we will significantly increase our service capacity and offer free and world-class ‘Today at Apple’ sessions.”