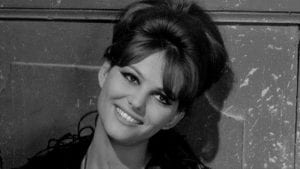 Born on April 15, 1938, in Tunisia from Sicilian parents, Claudia Cardinale, grew up with her sister Blanche, but she was always the rebellious one, as she describes herself in her biography “Io, Claudia. Tu, Claudia” written with Anna Maria Mori.
Her dream was to become an explorer and acting did not cross her mind. However, despite her lack of interest in beauty contests, in 1957 she was crowned “Most beautiful Italian in Tunisia” and won a trip to Venice during that year Film Festival, where she was noticed by many and refused many offers to take part in movies.

However, when she returned home she discovered that she was pregnant. In the previous months, she had been raped by an older man with whom she had become involved in an abusive relationship. At that point, the girl who did not want to make movies, accepted an exclusive contract with the Italian Vides – Produzioni to escape the delicate situation. She made three movies while pregnant, the first of which was the movie “I soliti ignoti” by Mario Monicelli. Afterwards she played in “Il maledetto imbroglio”, “Il bell’Antonio” with Marcello Mastroianni. In 1960, she worked for the first time with Luchino Visconti and Alain Delon. While in 1963 she was going back and forth between Sicily and Rome to film simultaneously with Visconti (Il Gattopardo) and Fellini (8 and 1/2), before working with Blake Edwards in “The Pink Panther”. She became a great friend of Rock Hudson, and they pretended to be together to cover up his homosexuality, but later she decided to return to Italy. 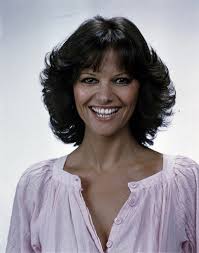 In 1974, Cardinale films “I guappi” by Pasquale Squitieri with whom start she had a 27-year-long relationship and a daughter. His latest project, the artistic legacy he left to Cardinale, and to his widow, Ottavia Fusco, is the adaptation of a work by Paul Simon with which the two actresses are currently on tour.
After working with the greatest directors in over 150 movies, at the age of 80 Claudia Cardinale chose to put herself at the service of the newcomers, the young authors, and grinds one movie after another: “Le Fils” about homosexuality, “Una gita a Roma” with Philippe Leroy, debut director of actress Karin Proia, and “Nobili bugie”, the first work of Antonio Pisu. She says: “I like to support young people.”