Frank Horvat’s story in a major exhibition in Turin 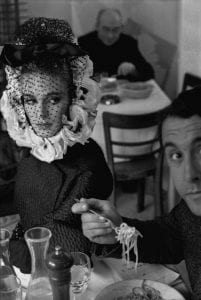 Photographer Frank Horvat himself is the curator of the extraordinary exhibition hosted in, and produced by, the Musei Reali di Torino (Turin Royal Museums), which, until May 20, gives to the public the opportunity to explore the images he took during his 70-year-long career.

Famous for his fashion photographs that were published since the ’50s in magazines such as Vogue and Harper’s Bazaar, the artist of Croatian origin, but a citizen of the world, is an eclectic photographer who, over the years, has covered a wide range of genres: social and travel reportage, also for the Magnum Agency, landscapes, portraits, and the relationship with art. Horvat, who has sometimes been reproached for having photographed too much, so much to end up not having his own well-defined style, takes the opportunity of ‘Frank Horvat. Storia di un fotografo‘ (Frank Horvat. The story of a photographer) to organize his images following 15 different paths and highlighting in this way that he does, indeed, have a style. 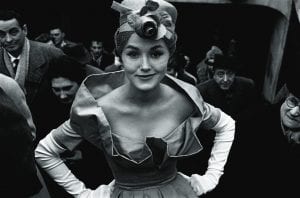 The sections are divided in specific themes: individuals, couples, multitudes, self-portraits, history of art, his relationships with high fashion models stereotypes, and with those that escape the classic canons of beauty, but to which Horvat feels irresistibly attracted. Moreover, in the section entitled ‘A collection of miracles’, Horvat presents part of his private collection – images that iconically represent the history of photography and that have been shot by great artists such as Irving Penn, Edward Weston, Henri Cartier Bresson, Sebastiao Salgado, and Edouard Boubat, some of whom Horvat has established a real dialogue with.