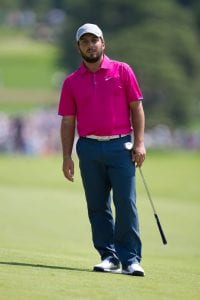 “A dream that comes true!” these are the words spoken by the 36-year-old Italian professional golfer Francesco Molinari after winning the Race to Dubai – the competition that determines the best European golfer of the season – capping in this way an incredible season. Indeed, Molinari’s impressive collection of victories this year not only led him to become the best golfer of the old continent, but also one of the most considered at a global level.

Molinari made his dream come true on Sunday morning, after finishing the stage of the Dubai World Tour Championship ahead of the English Tommy Fleetwood. After fourteen years of a professional career always within the first hundred players of the ranking, he collected many international victories and last July he won the Open Championship, considered the most prestigious golf tournament in the world. That was his first major victory – that is one of the four major tournaments of the season -, and the first major won by an Italian professional golfer. Molinari had arrived at the Open after winning the BMW PGA Championship, one of the events of the European golf circuit, and the Quicken Loans National, becoming the first Italian to win in the US PGA Tour. Moreover, he played a decisive role, in October, in the victory of the European team of the Ryder Cup, a prestigious international tournament to which take part a selected American and European golfer since 1927.

Previous Post Sassicaia: the best wine in the world comes from Livorno
Next Post Michelin Guide: a rain of stars on Italian restaurants