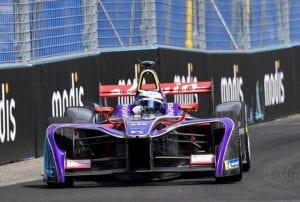 The first edition of the Roman stage of the Formula E world championship took place on April 14th on what has been called ‘Circuito Cittadino Dell’EUR‘ (EUR district city circuit). The 20 divers of the electric, and silent, race cars competed on a unique track that, with its 2.8 km and 21 corners, is the second-longest circuit on the FE calendar; moreover, because of the undulating Rome topography, it features a big elevation change from the top part, where the start and the hairpin were, and the bottom part, where the park is, and where the track went under a tunnel before going, once again, up the hill.

British driver Sam Bird won the competition for Virgin triumphing after a breathtaking race; while Lucas di Grassi, racing for Audi, climbed the second step of the podium, and Andrè Lotterer, for Techeetah, achieved third. At the podium ceremony, among others present were the European Parliament President Antonio Tajani and the Mayor of Rome Virginia Raggi. 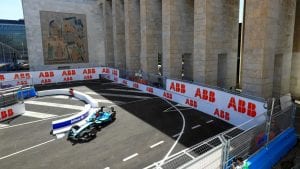 The founder of Formula E, Alejandro Agag, and the president of the FIA, Jean Todt, strongly wanted the race to take place in Rome and during the award ceremony Agag himself announced the intention to maintain there the location of the Formula E race for the next 5 years. Mayor Raggi also confirmed, saying: “We will work on a long-term protocol: a love has blossomed.” However, to those asking if the races will always be held in Eur she replied that the details of the agreement will be revealed in the future.