Footprints in the history of gymnastics in Turin 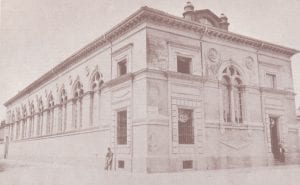 Reale Società Ginnastica di Torino (Royal Gymnastic Society of Turin), founded by the Savoia on 17 March 1844 in Turin, is the oldest sports club in Italy. In celebration of its 174 years of activity, as part of the cultural activities of the Regional Council, the Biblioteca della Regione Piemonte Umberto Eco (Piedmont Regional Library) hosts, until May 18th, an exhibition entitled ‘Impronte di storia – La sfida sociale della Reale Società Ginnastica di Torino nell’Italia Risorgimentale‘ (Footprints of history – The social challenge of the Royal Gymnastic Society of Turin in Italy during the Risorgimento) that illustrates the glorious past.

Since its foundation, the Reale Società Ginnastica di Torino worked to spread gymnastics among young people and among its merits there is that of having promoted the proposal to the Italian Parliament for a law to make physical education compulsory in schools. Its departments are: Artistic Gymnastics – which collected numerous success both at national and international level -, Judo – which since the 1950s contributed to the diffusion of Judo in Italy -, Basketball – founded in 1919 -, Rugby – founded in the late 1920s when the sport arrived in Italy -, and FLIC Scuola di Circo (circus school). The latter, founded in 2002 and currently directed by Francesco Sgrò is an important professional training center for artists from all over the world. FLIC is a member of FEDEC (Fédération Européenne des Écoles du Cirque professionnelles) and its aim is to train students in the artistic disciplines of the contemporary circus. 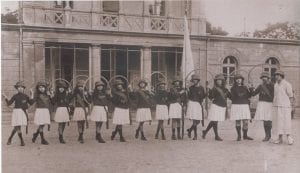 The exhibition presents a selection of objects, trophies, photographs, and documents belonging to the historical heritage of the Reale Società Ginnastica di Torino with the aim of sharing with the public the history of the Company, the cradle of sport in Italy.