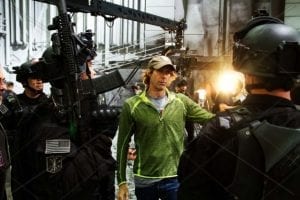 Michael Bay is currently directing, for Netflix, the filming of “Six Underground” his upcoming action movie starring Ryan Reynolds, as well as Melanie Laurent, Adria Arjona, and Dave Franco. Many scenes of the movie are being shot in Florence historic city center, so many that the cast moved to the cradle of the Renaissance on August 22nd and will not leave until September 22nd.

The same squares, streets, and bridges walked by Leonardo da Vinci, Michelangelo, Raphael, and Titian are the set for major action scenes that require the work of over 450 people. Three base camps have been set up in piazza Vittorio Veneto, lungarno della Zecca Vecchia, and piazza Ognissanti, and they will stay put until the very end, however Netflix communicated that the actual shooting is taking place over two periods: one that will conclude today, August 31st, and the second one from September 10th through the 21st, with an additional day on September 3rd. 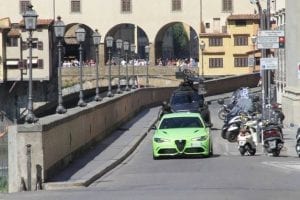 All of this is possible also because of the important budget that Netflix committed to, around $125 million, making it the biggest production of the studio, which is expected to release it globally in 2019. “Six Underground”, which sees for the first time Bay and Reynolds working with the streaming service, is based on an original idea of screenwriters Paul Wernick and Rhett Reese, who are also executive producers of the movie. Details are being kept under wraps on the action movie, but THR reports “the plot revolves around six billionaires who fake their own death and form an elite team to take down bad guys.”