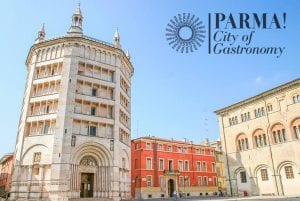 On June 2nd and 3rd, in the year that the MIBACT- Ministry of Cultural Heritage and Activities and Tourism has dedicated to Italian food, Parma launches the first City of Gastronomy Festival to celebrate the long tradition that has led UNESCO to award the capital of the “Italian food valley” the prestigious title of Creative City of Gastronomy.

The event will be a great showcase of the products, and gastronomical culture of this area, but also an occasion to bring together the culinary traditions and know-how from the other Creative Cities of Gastronomy of the international scene. The protagonists of cooking shows, temporary restaurants, and cultural meetings will be, together with Parma and Alba, the other Italian among the 21 UNESCO Creative Cities of Gastronomy, Tsuruoka (Japan), Gaziantep (Turkey), Dénia (Spain), Bergen (Norway), Paraty and Belem (Brazil), and Macao (China). The 2-day marathon will be a medley of flavors and cultures that will delight the senses of the public from 10 am to 10 pm. “Gastronomy – explains Cristiano Casa, Councilor for Tourism and Commerce of the Municipality of Parma – has always been an experience, but also the expression of the creativity of a territory: in this first edition of the festival we want to talk about the territories, put them in connection and create contamination.” 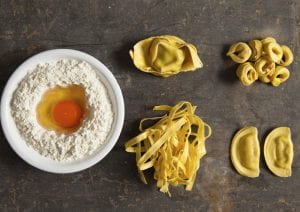 The Governor’s palace, porticoes, and squares will be the stage for a wealth of tasty products and cooking shows of famous chefs such as three-starred Riccardo Monco, Matteo Fronduti, and Terry Giacomello. But there will also be food-themed laboratories for children and many roundtables with experts, journalists, and chefs. Two of these will be “The return to the earth” – dedicated to agriculture and the sustainable future – attended by,  Cinzia Scaffidi, vice president of Slow Food Italy, and “The languages of food” – concerning the ways in which gastronomy is portrayed by the media – attended by chef Rubio, who will conclude the festival by guiding the students of the Bedonia “Zappa – Fermi” Institute in a spectacular cooking show.