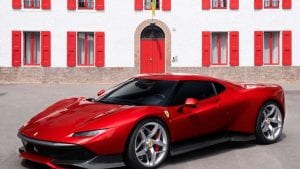 One of the Ferrari’s most dedicated customers, whose name has not been revealed, has just been handed over his/her tailor-made new supercar. The Ferrari SP38 is a commission designed and built by Ferrari’s One-Off program referencing the iconic F40. The unique specimen will make its debut, on May 26th, at the Concorso d’Eleganza Villa d’Este car show on the shores of Lake Como.

Like most Ferraris delivered by the One-Off program, the most important changes concern the exterior design. Indeed, the SP38 features a completely new bodywork boasting a fixed rear wing in homage to the F40, with the difference that it sits far lower than on the original model, so not to contribute to a high coefficient of drag. A reference to the three gills that sat at each side of the F40’s rear wing appear on the engine solid cover with three slats. The dual exhaust setup, on the other hand takes the mind to the Ferrari 488 GTB, on which also the underpinnings are base on, and with which the SP38 shares the mid-mounted twin-turbo 3.9-liter V8 engine and dual-clutch gearbox combination. 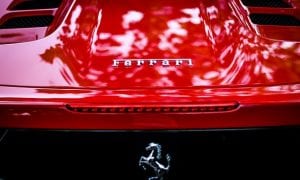 The SP38 is just the latest in a series of tailor-made commissions built for Ferrari’s most loyal, and rich, customers. Other notable Ferrari’s unique creations include the SP12 EC – built for English musician Eric Clapton (from whom it took the initials), and based on the 458 Italia for which the English musician reportedly paid £3,000,000 in 2012 -, and the 375 MM – created for Swedish actress Ingrid Bergman in 1954.