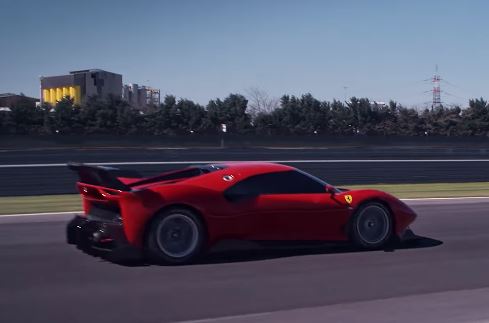 For some car collectors having a limited edition Ferrari is not enough and for them, there is there are the ‘one-off’ projects. The latest to be unveiled is the Ferrari P80/C, a unique specimen created to meet the request of an anonymous, but very demanding, buyer.

In 2015, the Ferrari Styling Centre, directed by Flavio Manzoni, in conjunction with Ferrari’s engineering and aerodynamics team began developing, for the lucky Ferrari connoisseur and collector, a high-performance machine with references to vintage race cars such as the 330 P3/P4 from the 60s and 70s. This makes the P80/C project had the longest development time of any Ferrari one-off made to date. They used the 488 GT3 chassis as a basis, not only for its performance but also because its longer wheelbase allowed more creative freedom while emphasizing a cab forward-effect in which the rear is elongated, lending the car a more aggressive, compact character.

The result is a resolutely modern car that made no major concessions to the past, apart from attempting to recreate the sensual shape of past iconic models through more muscular wings formed by the intersection of concave and convex surfaces. Also, being conceived exclusively for the track, this unique Ferrari doesn’t have or need headlights, blinkers or an infotainment system.

Nothing has yet been said about its drivetrain, but it would be totally alright to assume it too would be powered by the same 3.9-liter, twin-turbo V8 found underneath the hood of the F8 Tributo. Neither the price has been officially disclosed, however, according to some rumors, it should be around five million euros.