Ferrari F1 show on the streets of Milan 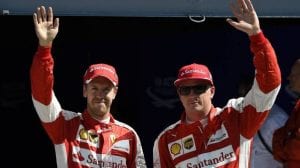 Today, in Milan, Sebastian Vettel and Kimi Raikkonen, at the inauguration of the ‘F1 Milan Festival’ will give a delicious anticipation of the Italian GP. The two Ferrari champions and their SF71H are the main focus of four days during which the Darsena, in the Navigli area of Milan, is turned into a circuit contoured by a Formula 1 village. 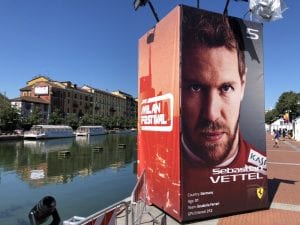 The German and Finnish drivers will bring inside Milan the excitement of a true F1 show, speeding on the renewed tarmac of the road that runs along the Darsena. Before Vettel’s grand finale, the track starting at 17.30 will host, in order, Giancarlo Fisichella – with the Ferrari Corse Clienti exhibition -, Bernd Maylander – driving the Safety Car -, Charles Leclerc – with his Alfa Romeo Sauber -, Raikkonen – with his 2018 car -, and Marcus Ericsson  – driving his Alfa Romeo Sauber. The drivers, with Ferrari team principal Maurizio Arrivabene and the two drivers of Toro Rosso, Brendon Hartley and Pierre Gasly, will also be on the stage set up in the Darsena to meet the public, an occasion that, in Italy, will be broadcast live on Sky Sports TV.

Moreover, until Saturday, September 1, the ‘F1 Milan Festival‘ will provide entertainment with DJ sets, live streaming of free practice and qualifications for the Monza GP, and Laser Shows that will create a magic atmosphere bringing together music and lights.
The creative and executive production of the Festival is entrusted to Balich Worldwide Shows, a company specializing in large-scale live entertainment and Olympic ceremonies. That just yesterday formalized the organization of the opening and closing ceremonies of the Paralympic Games in Jakarta next October. 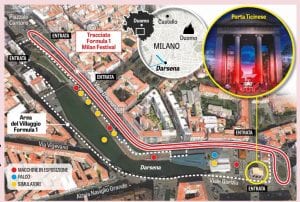