Italian cinematic giant Ermanno Olmi born in Bergamo in 1931, has died on Monday May 6th in Asiago, where Mayor Roberto Rigoni Stern has planned a day of mourning for his funeral. He had long suffered from Guillain–Barre syndrome, a muscle-weakening condition that can immobilize people for extended periods of time.

Condolences for the director poured in from across Italy’s political and cultural spectrum, with President Sergio Mattarella praising Olmi’s exploration of simple folk and Italy’s transition from a poor agrarian country to a post-war industrial power. Indeed, Olmi’s “The Tree of Wooden Clogs”, about life on a Lombardy farm at the end of the 19th century, won the 1978 Palme d’Or prize at the Cannes Film Festival. “Olmi gave voice to a peasant civilization by going back to its origins, honoring the feelings of simple people and the places where nature meets man,” Mattarella said. Minister of Cultural Heritage and Activities and Tourism Dario Franceschini praised Olmi’s career as one of a poet that explored the relation between man and nature as well as the one between work and spirituality, saying that “The death of Ermanno Olmi deprives us of a giant, one of the great maestros of Italian cinema.” Born in the throes of fascism, Olmi watched firsthand with dismay as Italy’s countryside emptied out and Italians flocked to growing cities, and he chronicled his own life in his 2013 autobiography “The Apocalypse and a Happy Ending”. 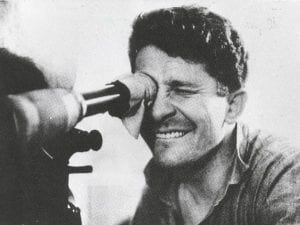 In 2008, he was honored with a Career Golden Lion at the Venice Film Festival.

Olmi, who is survived by his wife, Loredana, and children, also directed several operas for the La Scala opera house in Milan, which mourned him writing that “The figure of a complete artist and intellectual disappears with Olmi’s passing.”

The funeral was expected to be private.