The Italian actor received many awards, here are the movies that earn him the most of them

Elio Germano, born in Rome in 1980, is one of the most loved and popular Italian actors of his generation. He has given great performances that contributed to shaping the history of Italian cinema. And for them, he received many accolades. The latest one is the Silver Bear for Best Actor at the 2020 Berlin Film Festival for his role in Giorgio Diritti’s ‘Hidden Away. 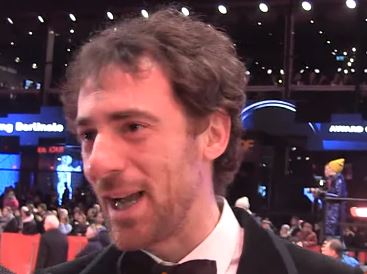 Here are some of the most significant movies he interpreted:

‘My Brother Is An Only Child‘ (2007) directed by Daniele Luchetti – In this movie, Germano proves his amazing acting skills. And wins four different Best Actor awards, including the one at the David di Donatello Awards (2007) and at the European Film Awards (2007). His role is that of Accio, a young man who approaches fascism while his brother becomes drawn into left-wing politics.

‘La nostra vita‘ (2010) directed by Daniele Luchetti – Thanks to his interpretation of Claudio, a construction worker who finds himself with three dependent children when his wife dies, Germano won five Best Actor Awards. Among them those at Nastro d’Argento Awards (2010), Cannes Film Festival (2010), and David di Donatello Awards (2011).
‘Leopardi‘ (2014) directed by Mario Martone – The movie recounts the life and troubles of Giacomo Leopardi, one of the most influential poets of Italian culture. Nominated for the Golden Lion at the 71st Venice International Film Festival, this movie earned Germano four personal awards including his third David di Donatello (2015).

‘Hidden Away‘ (2020) directed by Giorgio Diritti – To describe Germano’s impressive performance it suffices to say that, for it, he won the Silver Bear for Best Actor at the 70th Berlin International Film Festival. Germano brings the tormented and iconic life of Italian painter Antonio Ligabue to the big screen.