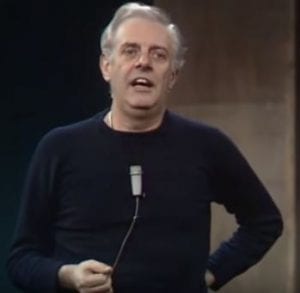 The MICRO exhibition space, in Viale Giuseppe Mazzini 1, in Rome, will host an anthological exhibition dedicated to him and curated by Vittorio Sgarbi and Salvo Nugnes. Opened from February 6th to February 23rd, the exhibition will also give wide space to contemporary art.

On the inauguration day, curator and major events organizer Nugnes will present ‘Dario Fo e l’Arte Contemporanea‘; which he organized with the contribution of the RAI journalist Antonietta Di Vizia and artist José Dalì, son of Salvador Dalì.

The exhibition, in memory of the Nobel Prize, traces his life and works.

And it does so also thanks to the precious support of the photos shot by his friend, the internationally renowned photographer Roberto Villa. Making the most of the unconventional interactive place dedicated to creativity that hosts it, the exhibit will be embellished with works of art by selected contemporary artists. The images of Dario Fo, as a histrionic character and the most famous jester of Italy, mixed with contemporary art will create a fervent artistic atmosphere. This will harmoniously integrate with MICRO’s unique exhibition space. Indeed, Villa’s photos capture Fo’s playful eye and aesthetics masterfully documenting the work of the genius of the Commedia dell’Arte.

The exhibition, which will culminate deliberately in the days of the Carnival, is more than a tribute to one of the architects of Italian culture. It also intends to allow established and emerging talents to bring themselves to the attention of the public and critics.

Previous Post Christmas traditional recipes: the best dishes from the Italian islands
Next Post 'Once upon a time Sergio Leone' in Rome