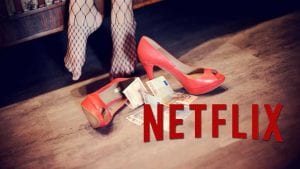 Netflix, the world’s leading internet entertainment service, announced that it will continue to distribute more Italian original series to its global public in 2018.

Currently the entertainment giant is offering viewers the opportunity to access behind the scenes  of one of the most fascinating soccer teams in the world with the first 3 episodes of “First team: Juventus”, a 6 episodes docu-series that follows the most compelling stories and characters in the club during the 2017-2018 season, spending time with the players both on and off the field, on the road, and even at home.

Following the global success of the first season of “Suburra: the series” – the crime thriller set in Rome that describes how the Church, the state, organized crime, local gangs and real estate developers collide and blur the lines between the legal and the illicit in their quest for power – Netflix is producing its second season. The story will follow Adriano as he tries to conquer more power and to show that he knows how to manage it. 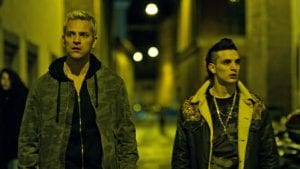 At the same time, the production of Netflix’s third Italian original series is underway. “Baby” is a  8-episode drama series, a coming-of-age story that explores the unseen lives of Roman high school students. Loosely inspired by a true story of baby prostitutes, the series follows a group of teenagers from the upper-class Parioli neighborhood as they defy society in their search for identity and independence against the backdrop of forbidden love, family pressures, and shared secrets.

In the forthcoming future Fandango Productions will start filming another Netflix original series: “Luna Nera”. Created by Francesca Manieri, Laura Paolucci, and Tiziana Triana, this is a series about women suspected of witchcraft in 17th century Italy. “It’s still at the earliest stage, but we see it with a genre series focused on female characters, something that has not been done very much in this region,” said Kelly Luegenbiehl, vice president of International Originals at Netflix.