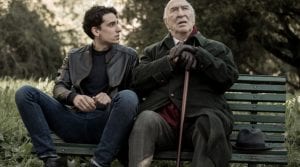 From September 15th to December 12th, 2018, the 21st edition of the ‘Cinema! Italia!’ festival will tour 36 German cities. The Associazione Made in Italy, founded in 1992 by a group of  journalists, critics, and university professionals who work in the world of cinema in the journalistic, critical and academics that operate in the fields, organized the annual festival with the contribution of the Italian Ministry of Cultural Heritage and Activities and Tourism and the support of the ICE (Italian National Institute for Foreign Trade), the German distribution company Kairos-Filmverleih, the Italian Embassy, the Italian Cultural Institutes, and Consulates in Germany. The purpose of the festival is to promote the knowledge and diffusion of Italian cinema in Germany. 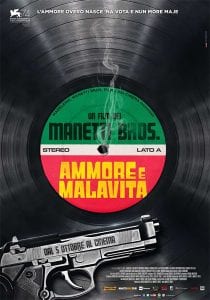 Among the cities toured by the festival, there are Cologne, Lübeck, Bremen, Bonn, Leipzig, Dresden, Hanover, Kassel, Stuttgart, Friborg, Ratisbon, Essen, Heidelberg, and Darmstadt. In each city, ‘Cinema! Italia!’ will screen 6 films of recent production, which for the occasion have been subtitled in German: ‘Ammore e malavita’ by the Manetti Bros., ‘Come un gatto in tangenziale’ by Riccardo Milani, ‘L’equilibrio’ by Vincenzo Marra, ‘Fortunata’ by Sergio Castellitto, Taranta on the Road’ by Salvatore Allocca, and ‘Tutto quello che vuoi’ by Francesco Bruni. In some cities the movies will be presented by directors or actors; the guest for the opening screening in Hamburg will be director Francesco Bruni.

As every year, a competition is linked to the festival. At the end of the tour, in Berlin, the movie that has been most appreciated by the public will win the distribution in Germany, thanks to an agreement between Kairos Filmverleih and Associazione Made in Italy, which will contribute to the printing and subtitling of the film.

Previous Post Crepax and his representation of speed
Next Post Palazzo Merulana, a new art collection in the heart of Rome