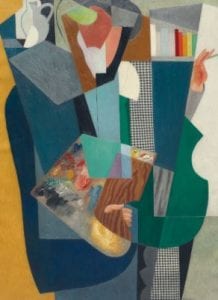 “Thinking Italian” part of Christie’s sale of Italian post-war and contemporary art, was launched in London two years ago and moved to Milan in 2018. This year the thematic auction presenting works by Lucio Fontana, Gino Severini, Alberto Boccioni, and Gino De Dominicis, will take place on April 3rd and 4th in Palazzo Clerici, while the pre-sale exhibition will be opened from March 29th to April 2nd.

Among the most impressive works in the catalog dedicated to 20th-century Italian art, there is Lucio Fontana’s intense pink-red ‘Concetto Spaziale, Attesa’ (1967), which has a pre-sale high estimate of €1.2 million. 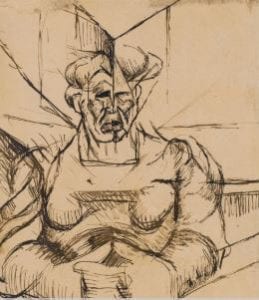 Always from the ‘Concetto Spaziale’ (spatial concepts) series of the theorist of the Spatialism movement, there is also a blue ‘Concetto Spaziale, Attese’ (1967), with a high estimate of €500,000, on the back of which the author wrote: “it was a beautiful moonlit night”. Other highlights of the sale include a luminous ‘Natura morta’ (still life) painted by Giorgio Morandi in 1952. This work, which was chosen as the cover of the catalog, is estimated to fetch up to €1 million.

Mariolina Bassetti, International chairman, post-war and contemporary art, continental Europe, said that this is an auction “represents the excellence of our artistic production. An offer that demonstrates how Italian art is always sought after by collectors from all over the world. Part of the proceeds from the sale of a selection of 9 works will be donated to the Water Academy by generous sellers and by Christie’s.” Among these there are works by Carla Accardi – with an estimate of €70.000-100.000 -, Giulio Paolini – with an estimate of €120.000-180.000 -, and Piero Dorazio – with an estimate of €170.000-200.000.