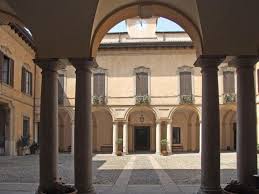 In 2018 Christie’s Italy celebrates its 60th anniversary, since the auction house opened its first ever representative office, outside the UK, in Rome. However, since 2013, the auction house has chosen the Milanese Palazzo Clerici to beat the ‘Milan Modern and Contemporary’ auction, and to celebrate the important anniversary, the ancient palace is exceptionally open to the public until April 10. There it will be possible to admire the frescoes by Tiepolo, one of the treasures of the building, as well as the 58 lots on display, before they are auctioned on April 11 April.

After 5 years of very successful Milan Modern and Contemporary auctions, with average sell-through rates of 93 % by lot, Christie’s will offer the 6th edition of this curated sale. Reflecting a growing global appetite for the best of Italian post-war and contemporary art, Christie’s Milan auctions have seen an increase of international participation over the years with registrants coming from 17 countries, including from Europe, Middle East, UK, Asia, North and South America.

“To mark the 60th anniversary of Christie’s Italy, we are pleased to present an attentively curated auction, offering a complete overview of Italy’s most sought-after artistic developments of the 20th century. (…) The highlight of the auction on April 11 in Milan is without doubt the fine art collection initiated in the 1960s by Sergio Tomasinelli, enlightened connoisseur and prime example of Italian collecting,” commented Mariolina Bassetti, Chairwoman of Christie’s Italy. 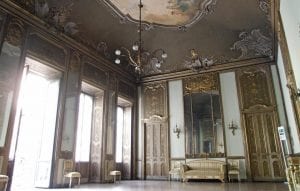 Salvatore Scarpitta’s ‘annus mirabilis, Ammiraglio ‘Admiral’’ (estimate: €800,000-1,200,000), which is a pivotal piece of Scarpitta’s ‘wrapped’ or ‘bandaged’ series executed in Rome in 1958, and added to Tomasinelli’s collection in the 1980s; and Lucio Fontana’s ‘Concetto Spaziale’, which was a 1966 birthday gift by the artist to the present owner.