‘Caravaggio: The Soul and the Blood’ 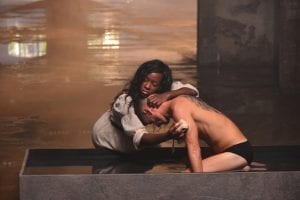 An exceptional result achieved in just three days by Jesus Garces Lambert’s ‘Caravaggio – L’anima e il sangue‘ (‘Caravaggio – the Soul and the Blood’), produced by Sky and Magnitudo Film and distributed by Nexo Digital in 353 Italian theaters. Released on February 19th, with screenings scheduled also on the 20th and 21st, in three days, it brought to the cinema 130,000 spectators, selling tickets for almost 1.5 million dollars and becoming, in this way, the most seen art documentary in Italy. The screenings were sold out in many theaters, and Sky and Nexo Digital responded announcing that the 1h 30min docufilm will return simultaneously in theaters throughout Italy on March 27th and 28th. 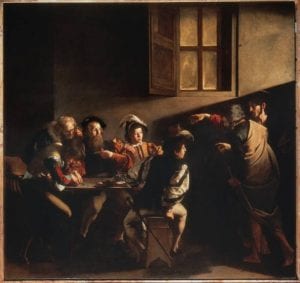 ‘Caravaggio – L’anima e il sangue’ is an exciting and unsettling cinematic journey through the life, work and torments of Michelangelo Merisi (1571-1610) – better known as Caravaggio – told for the first time in detail, also thanks to the documents that the team has found in Italian Historical Archives, including the birth certificate, and records of his charges and trails. The documentary effectively illustrates how the strong light and shadow contrasts of his masterpieces – meticulously explored by the director’s gaze dwelling on their details – were an expressive reflection of the contradictions between genius and intemperance, and soul search and escape that pervaded his existence. A visual narrative that takes the spectator to Milan, Florence, Rome, Naples, and Malta to recount the pain, the incessant restlessness, but also the rare talent and an extraordinary young man, for whom the journey is an important theme. In fact, Caravaggio, both for commissions from patrons, and to escape from convictions traveled extensively to finally take refuge in Naples, the city most in adherence with his tastes and lifestyle: fascinating, chaotic, cultured, colorful.