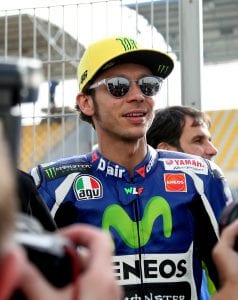 Born in Urbino, on February 16th, 1979, Valentino Rossi is one of the most successful motorcycle racers of all time, with 7 MotoGP Championships to his name and the first MotoGP rider to accumulate over 5,000 championship points throughout a career, has already won in Misano in 2008, 2009, and 2014.

His 40th birthday is approaching, but he is still the boy ready to celebrate the victories with irony and hilarious skits. He plans to spend the big day with friends and relatives and he has organized a double celebration for the evening. The first one will be a dinner with his closest friends in his own restaurant in Tavullia, next to the Fan club. The party is then expected to move to a club in the center of Pesaro, where 170-180 guests will raise their glasses to the birthday ‘boy’. 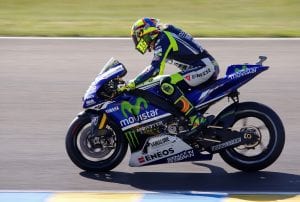 However, celebration will not take place only in his hometown and among those who want to pay homage to the Yamaha rider, there is also the MotoGP official website, which posted a note for his fanbase: “46 turns 40: Rossi week on motogp.com – Valentino Rossi will celebrate his 40th birthday on Saturday and we’ll be sharing some of the Italian’s greatest moments.” Moreover, Rossi’s fans have been invited to post special best wishes videos on social media with the hashtag #Rossi40.

Previous Post 'Piranhas', teenagers and Camorra at the Berlinale
Next Post Alfa Romeo and Serenissima queens of auctions at Retromobile