Until January 20, the Kunsthistorisches Museum hosts a unique exhibition of Roman Baroque 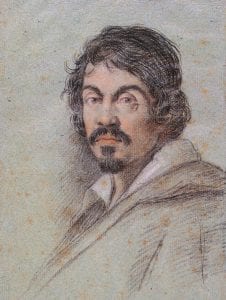 Michelangelo Merisi da Caravaggio (1571-1610) is one of the artists that made the history of art. And Vienna’s Kunsthistorisches Museum (KHM) has the largest collection of his works available outside Italy. It also has an important collection of other Roman Baroque paintings. On these premises, yesterday, the Museum inaugurated an exhibition celebrating Caravaggio, Bernini and early 17th-century art from Rome.

‘Caravaggio and Bernini‘, until January 20th, presents over 70 Baroque masterpieces from all over the world. Many arrived on loan from institutions such as the Metropolitan Museum of Art, the Louvre, the Eremitage, London’s National Gallery, and the Getty Museum.

The exhibition juxtaposes paintings with sculptures to present the revolutionary artistic context of the time and place.

When the Eternal City city became a magnet for artists from all over Europe. Many of the sculptures are by groundbreaking artist Giovanni Lorenzo Bernini (1598-1680), the father of Baroque sculpture. Among them: ‘Medusa’, ‘Saint Sebastian’, a ‘Bust of Cardinal Richelieu’, models for his ‘Elephant and Obelisk’ and ‘Ecstasy of Saint Teresa’ sculptures. From KHM’s collection, it is possible to admire three Caravaggio originals: ‘David with the Head of Goliath’, ‘Madonna of the Rosary’, and ‘Crowning with Thorns’. Other works of his arrived on loan are: ‘Boy Bitten by a Lizard’, ‘Narcissus’, ‘John the Baptist’, ‘Portrait of Fra Antonio Martelli’, ‘Saint Francis of Assisi in Ecstasy’, ‘Saint Francis in Prayer’, and ‘Portrait of Maffeo Barberini’.

Next to the works of the two protagonists, there are plenty of works by other influential masters including Cavaliere d’Arpino, Giovanni Lanfranco, Pietro da Cortona, Guido Reni, and Salvator Rosa. Also, on  public display for the first time, there is ‘Mary Magdalene in Ecstasy’ by Baroque genius Artemisia Gentileschi (1593–1654).