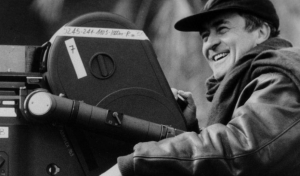 One of the most famous Italian directors, Bernardo Bertolucci is one of the only fourteen Italian artists to whom Hollywood decided to dedicate a star on the Walk of Fame as a permanent public monument of their achievements. Yesterday Bertolucci died of cancer after a long illness in his home in Trastevere, in the heart of Rome, next to his wife.

Bertolucci, born in Parma in 1941, began his career as an assistant director to Pier Paolo Pasolini on his 1961 film ‘Accattone‘, and directed his own first feature, La Commare Secca, at the age of 21. Throughout his long career, the eclectic director, known for his bold visual style, earned critical acclaim, a lifetime achievement award at the 2011 Cannes Film Festival, two Oscars – for directing and co-writing ‘The Last Emperor‘ -, and an honorary Palme d’Or at Cannes in 2011. Among his noteworthy films, there are ‘The Conformist‘, ‘The Dreamers‘, ‘1900’, ‘The Sheltering Sky‘, ‘Before the Revolution‘, ‘The Spider’s Stratagem‘, and his most critically successful one: ‘The Last Emperor’, a biopic of the Chinese emperor Pu Yi. 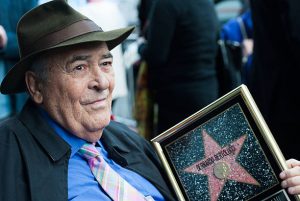 However, he became internationally known in 1972 with ‘Last Tango in Paris‘, which sparked protests and bans in several countries because of the graphic sex scenes. The controversy also surrounded the infamous rape scene in which Marlon Brando’s character uses butter as a lubricant before forcing himself on co-protagonist Maria Schneider. In fact, Bertolucci described how he and Brando did not tell Schneider “what was going on, because I wanted her reaction as a girl, not as an actress. I wanted her to react humiliated.”

Previous Post BRERAMILANO1930, the luxurious panettone to be enjoyed all over the world
Next Post Gucci Wooster Bookstore: avant-garde art and photography books