The 37th Torino Film Festival (TFF) will take place from November 22nd to November 30th and its official image is a photo of Barbara Steel. One of the most powerful female icons of classic horror movies, the British actress will be present at the festival. She will receive the 2019 Gran Premio Torino and will introduce the screenings of the movies in which she starred. Among them Corman’s ‘The Pit and the Pendulum’, Bava’s ‘Black Sunday’, and Freda’s ‘The Horrible Dr. Hitchcock’. These will be part of the 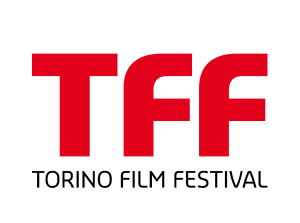 ‘It could work!’ retrospective which the TFF dedicates to classic horror movies from 1920 to 1970.

From Robert Wiene in ‘The Cabinet of Dr. Caligariall’ (1920) all the way to George Romero’s ‘The Night of the Living Dead’ (1969). Curated by TFF director Emanuela Martini, the retrospective presents 35 movies that have been the foundation of all the horror movies that followed.

However, the ‘Five Great Emotions’ section will be curated by Guest Director Carlo Verdone. In this section the director-screenwriter-actor will present Dreyer’s ‘Ordet’, Hallström’s ‘What’s Eating Gilbert Grape’, Germi’s ‘Divorce Italian Style’, Ashby’s ‘Being There’, and Wilder’s ‘Sunset Boulevard’. Verdone explained: “I have decided to present five very different movies which will always remain in my memory as a movie-goer. Five films which enchanted and moved me, not only for their perfect direction, but above all for the remarkable performances of their protagonists.”

‘Il grande passo’ by Antonio Padovan is the only movie in the main competition. But there are many other  highlights. From the opening with ‘Jojo Rabbit’ by Waititi, with Scarlett Johansson, to the closure with ‘Knives out’ by Johnson, starring Daniel Craig and Chris Evans. There will also be short movies, many directors, including the Macedonian filmmaker of ‘God is a woman called Petrunya’; also a wide selection of documentaries and retrospectives.