Balich’s Michelangelo on show in Rome 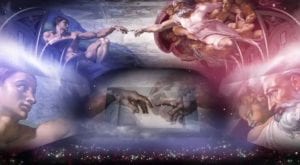 ‘Giudizio Universale. Michelangelo and the secrets of the Sistine Chapel‘, this is the title of the impressive full immersion show that from March 15th to April 15th will be presented in Italian and English at Auditorium Conciliazione in Rome.

The live performance signed by television producer and prize-winning “designer of emotions” Marco Balich, and realized with the scientific advice of the Vatican Museums, is the first production of Artainment Worldwide Shows, and it sees the collaboration of Sting who composed the original musical theme, and Gabriele Vacis, who supervised the theatrical supervision. It is also the first ‘Artainment’ show ever produced about Michelangelo Buonarroti and ‘The Last Judgment’ in the Sistine Chapel perfectly combines the most modern demands of entertainment with the most advanced educational requirements. It is a unique live performance that brings together in a single project the philological story of the birth of Michelangelo’s most famous masterpiece with the most sophisticated and technologically advanced instruments of live entertainment, in a 100% immersive show. 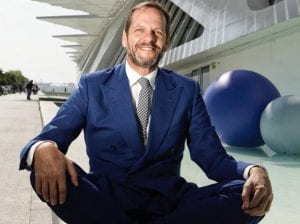 Marco Balich says: “This project was born and developed thanks to the availability of the Vatican Museums, which we want to thank. Since our first meeting in 2015, when Monsignor Nicolini and the then Director Antonio Paolucci welcomed us, we found great consideration and willingness to listen to a proposal that is innovative in both form and language. To meet to their trust, we wanted the world’s greatest talents in the industry, who we involved on two bases: emotion and authenticity. To put the work of a lifetime at the disposal to tell the story of a humanity heritage like the Sistine Chapel was a privilege and a huge responsibility, but we like to think that the spectators who will come, especially the young ones, will be inspired by a renewed awareness.”