Astrosamantha on a mural in Detroit

For the 2019 Contemporary Day, promoted by the AMACI – Associazione dei Musei d’Arte Contemporanea Italiani, the Italian Consulate in Detroit invited Orticanoodles to create a new mural. Italian astronaut Samantha Cristoforetti is the protagonist of the work of the Milanese street art collective made of Walter Contipelli and Alessandro Breveglieri. They used a Supino Pizzeria wall in the Eastern Market area of Detroit as their canvas. 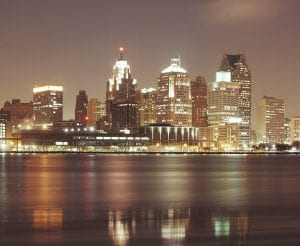 Cristoforetti, born in Milan in 1977, is a European Space Agency astronaut, Italian Air Force pilot and engineer. She is the first Italian woman in space and holds a series of records. Among them, the one for the longest uninterrupted spaceflight of a European astronaut, 200 days. Until June 2017, she also held the record for the longest single space flight by a woman. The Italian astronaut is also known as the first person who brewed an espresso in space.

The homage to Samantha Cristoforetti in the United States is the latest work by Orticanoodles. The collective is mostly known for taking part in the OrMe (Ortica Memoria) project. With their work, they contributed to transforming the working-class area into an open-air museum dedicated to street art.

They also left their mark in other parts of Milan. From the recent work in Chinatown to the mural inside the Allianz Tower at CityLife, titled ‘Around the world in 50 floors’. However, the collective has signed works in other parts of Italy and abroad.

The Italian Consulate officially presented the work to the public on October 12. And it commented: “The final result exceeded our expectations! We are grateful to these two talented artists and to FIRM Real Estate Detroit for allowing us to make this project possible.”