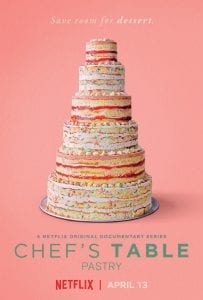 For the new, and sweetest, mini-season of the Emmys nominee Netflix series Chef’s Table, filmmaker David Gelb and his crew filmed Corrado Assenza and other three acclaimed chefs, Christina Tosi of Milk Bar, Will Goldfarb of Room4Dessert, and Jordi Roca of El Celler de Can Roca.

Thanks to Assenza, one of the most important Italian pastry chefs in the world, the talent of Italian cooking will be once more center of stage at international level. The episode dedicated to Assenza will explore the behind the scenes of Caffé Sicilia, which was founded by his family in 1892 in the center of Noto, Sicily, and where it is possible to enjoy the best Sicilian gelato and pastries, like Assenza’s famous almond slush, cannoli, cassata, and mielarò, each made with the freshest ingredients. However, most of all he likes to surprise his customers with original combinations of sweet and savory flavors that the he never sees in opposition, but ruther as a correlation between two different aspects of the nature of taste. 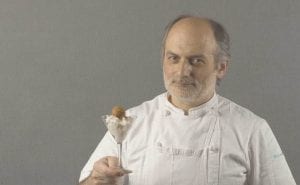 He says: “Nature itself does not define honey as sweet or black rice as savory, we, as human beings, give them that connotation; ingredients are just ingredients (…), it is up to us to organize them using their natural attitude.” Assenza plays, modifies, concoct the flavors according to a very precise philosophy: respecting nature’s simple rules, and resoundingly surprise the human palate.

All four episodes of Chef’s Table: Pastry will land on Netflix worldwide on April 13.