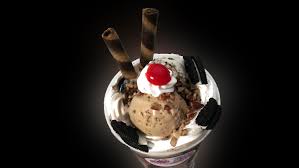 Gambero Rosso published its 2019 edition of ‘Gelaterie d’Italia‘. Reviewing many parlors from North to South, it assigned from one to three ‘cones’ – the gelato equivalent of the Michelin stars for restaurants – evaluating taste, quality, and even the supply chain. This year 44 parlors distinguished themselves from the others for their creativity or research of the raw material. Here are some of them and their best productions:

Canelin, Acqui Terme (Alessandria) – More than a gelato parlor, Canelin is a real institution of artisanal production and quality, to which Gambero Rosso has once more confirmed the three cones. Unmissable flavor: nougat.

Il Teatro del Gelato, Sant’Agostino (Ferrara) – The direct relationship with the producers, and the rigor that goes hand in hand with the creativity are the secrets of Marco Gruppioni’s gelato. Unmisssble flavor: chocolate, worked with ‘bean to bar’ method.

Paganelli, Milan – A family parlor that preserves tradition and mixes it with modern techniques to produce . Among the most daring flavors there are wine sorbets and rice and saffron or basil cream savory gelato. Unmissable flavor: almond, coffee, and raspberry slushies.

Dondoli, San Gimignano (Siena) – The creams of this parlor – which a few years ago won the Gelato World Cup – are prepared to perfection. Unmissable flavor: saffron cream, with saffron collected just outside the village.

I Fenu Gelateria and Pasticceria, Cagliari – Upon the opening, they invited Gambero Rosso, and rightly so. In fact, the intense flavors of the gelato, which immediately recall the ones typical of the island – like celery and bottarga, Fiore Sardo with honey-caramelized pears, and Abbardente (brandy) and helichrysum -, are worth three cones. Unmissable flavor: Pardulas, the typical Sardinian sweets stuffed with ricotta, egg, saffron, and citrus peel.