Alfa Romeo and Serenissima queens of auctions at Retromobile 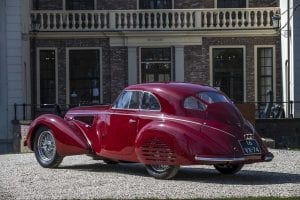 The Paris-based auction company Artcurial Motorcars closed its three-day Retromobile auction in Paris reporting total sales of $47,804,169, a 31 percent boost compared with the 2018 sale. No less than ten of the cars up for sale were sold for record prices, and the top two ones are two Italian cars: the 1939 Alfa Romeo 8C 2900 B Touring Berlinetta that sold for more than $18,922,528 and the 1966 Serenissima Spyder that brought an auction-record price of $4,767,244. 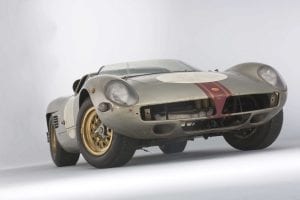 The sale price of the 1939 Alfa Romeo 8C 2900 B Touring Berlinetta #412024, winner of the prestigious Concours d’Elegance at Pebble Beach in the US and Villa d’Este in Italy, is the third-highest amount ever paid at auction for a pre-war vehicle. This masterpiece was the fastest car of the pre-war era and only five specimens were built with this very desirable Touring bodywork. It still has its original engine and retains the configuration it had on leaving the factory. Delivered new in Italy in 1939, in the same year, it was taken to the United Kingdom, where it was owned by just four collectors. For the past 43 years, it has been owned by the same Dutch family since the consignor’s father purchased it for less than $12,000.

The iconic 1966 Serenissima Spyder sold is the only surviving Spyder of two built and the only one to have participated in the Le Mans 24 Hours in 1966. It has an aluminum bodywork was made in the prestigious Italian Fantuzzi workshops and it is in exceptionally original condition. The car has only ever had one owner: Count Giovanni Volpi di Misurata.