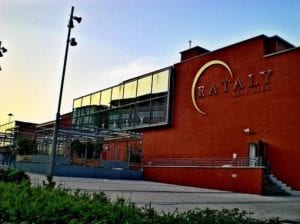 It has been eleven years since Oscar Marinetti opened his first Eataly Turin Lingotto, and his idea of spreading the word about Slow Food has been so successful that he opened new restaurants and outlets all over the world. Every year January 25th sees great celebrations at Eataly and this year the major event was held in Eataly Rome, where eleven agri-chefs gave proof of the scrumptious variety of regional traditional dishes from all over Italy. Agri-chefs cook mostly with the products grown in their ‘agriturismi’ – holiday farms – and, being very much connected with their own local traditional cuisine, they are the maximum representatives of the Slow Food concept.

Celebrations started at 5.30pm with the cutting of the cake made by ‘Pasticceria Linari’, which has been offered to the public present, along with a fresh glass of bubbles from the well-stocked Eataly’s wine cellar. The party continued in the Eataly restaurants that hosted the eleven of the best agri-chef from all over Italy and from the areas hit by the 2016 earthquakes which, despite the difficulties, have continued their activity. They all brought original and revisited traditional rural dishes and regional recipes made with seasonal products strictly from their own territory and production. 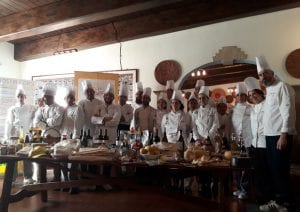